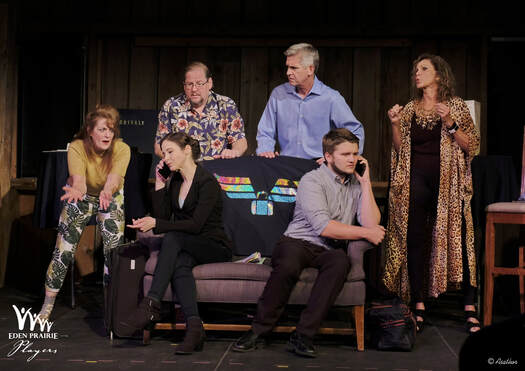 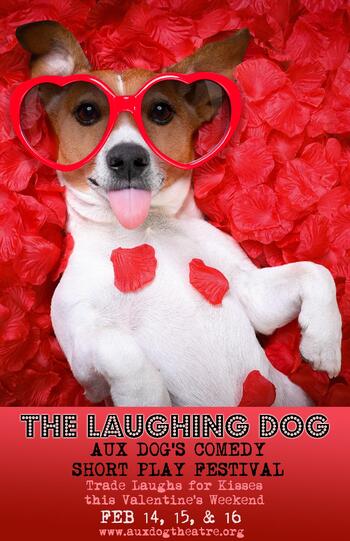 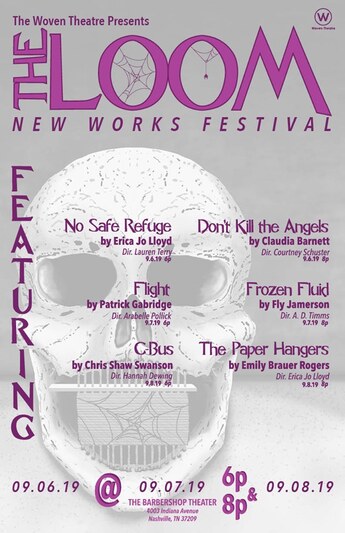 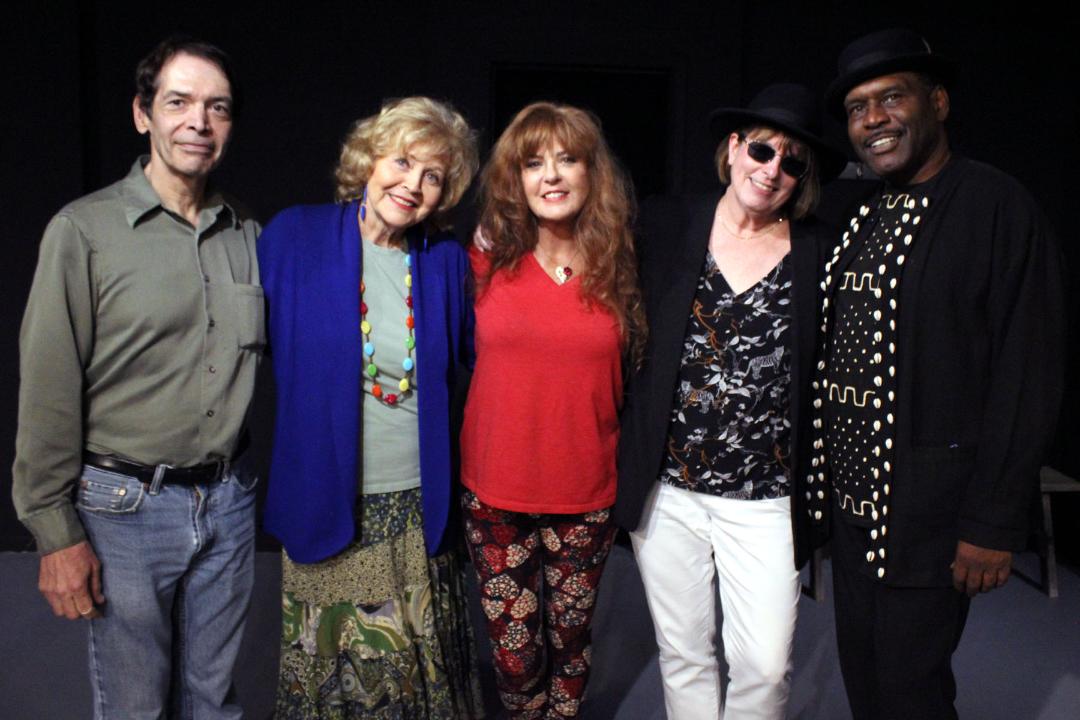 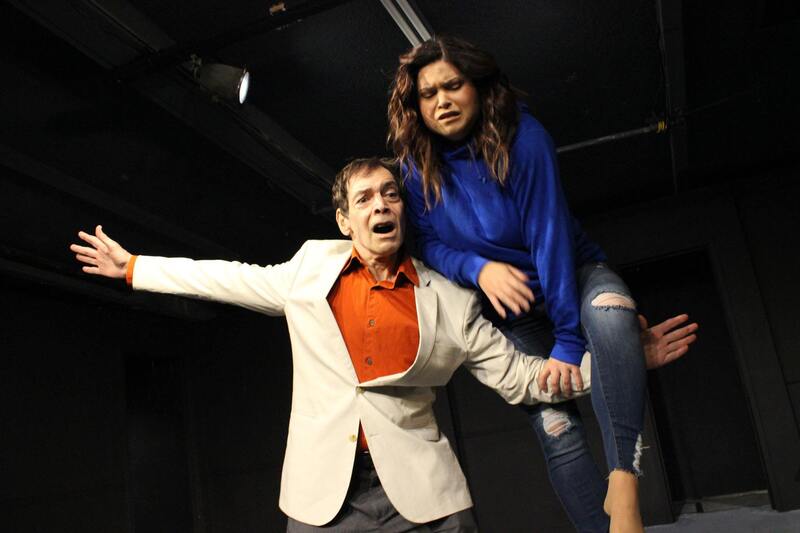 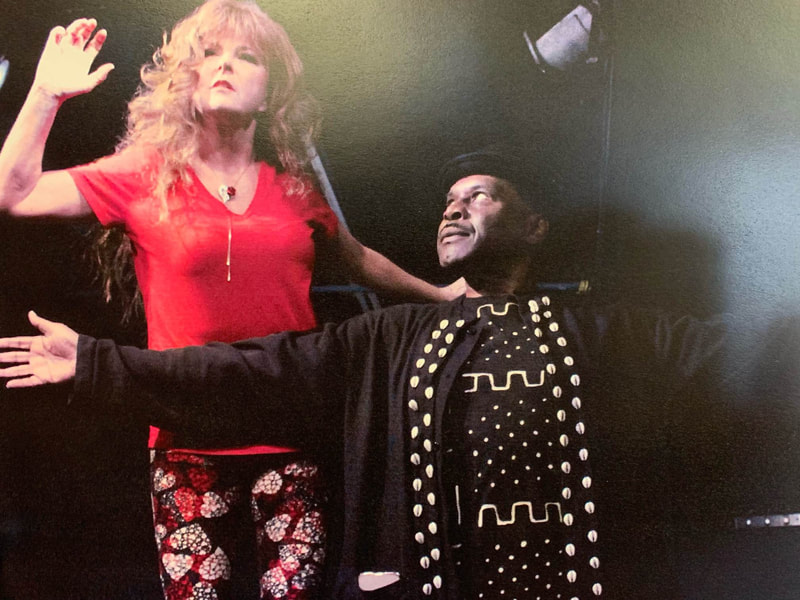 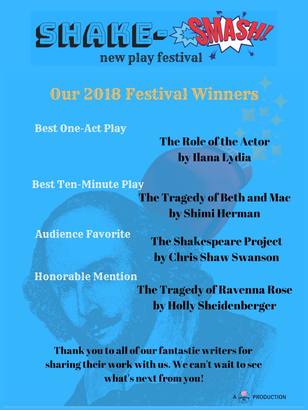 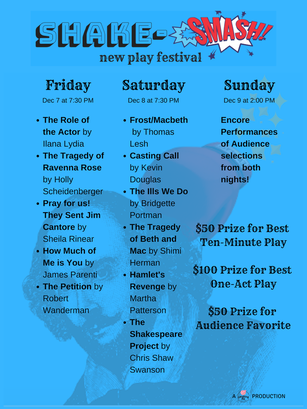 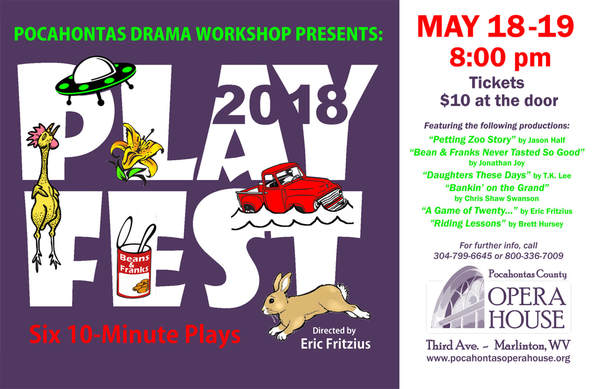 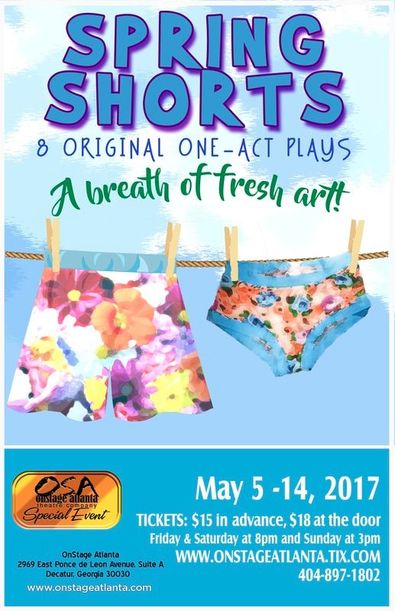 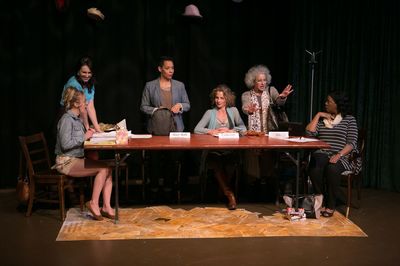 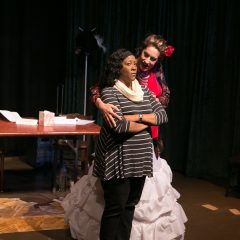 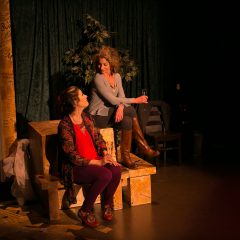 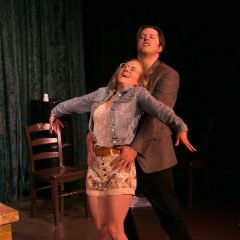 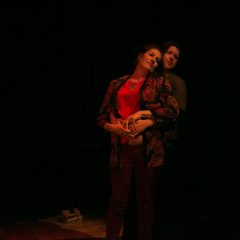 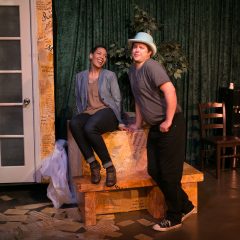 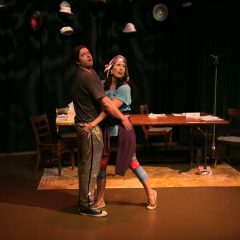 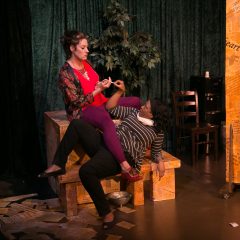 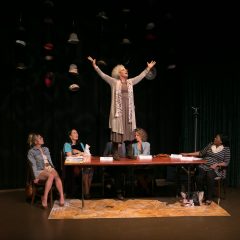 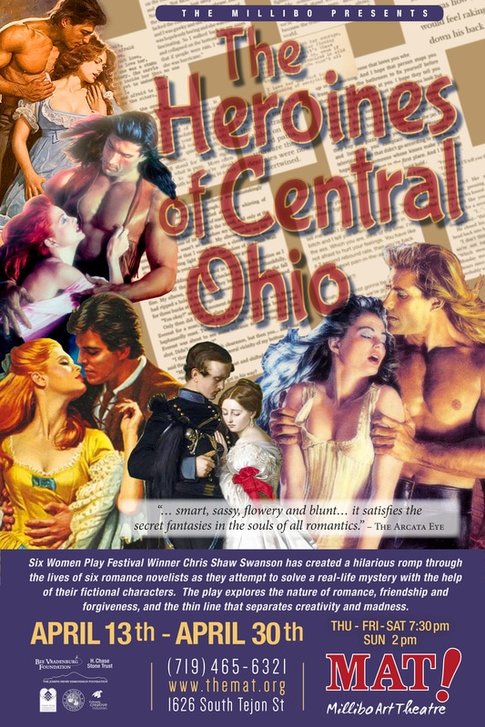 KID STUFF was presented as a reading during "Conversations in America: Under the Gun," an evening of curated short films
and plays addressing gun violence.  The event was sponsored by The Women in the Arts and Media Coalition at the SVA Theatre in NYC on March 20th, 2017. Holli Harms, Chair. 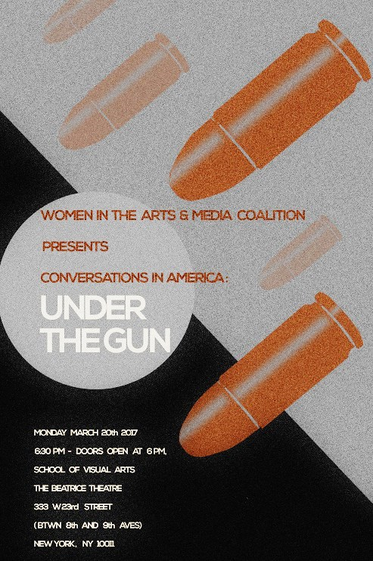 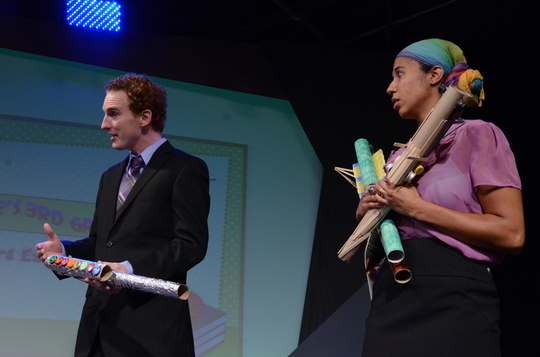 KID STUFF at 10 by 10 in the Triangle. L to R: Sean McCracken, Johanna Burwell.
OUT FROM UNDER WITH MARY, Skippack Playcrafters Fringe Fest, Skippack, PA, July 1st through the 3rd, 2016.
LEGACY, Pocahontas County Opera House Playfest, Martinton, WV, May 19th through the 21st, 2016.  Eric Fritzius directed.

FAMILY BAGGAGE, "Unexplored Territory" Staged Reading Series, Break A Leg Productions, The Episcopal Actors Guild, NYC, May 11th, 2016, 7 PM.  Valerie Adami directed.
OUT FROM UNDER WITH MARY was chosen by the Six Women Play Festival as one of the best plays they've produced during the past nine years.  They presented the play again April 7th through the 24th, 2016, at the Millibo Art Theatre in Colorado Springs.  Crystal Carter directed. 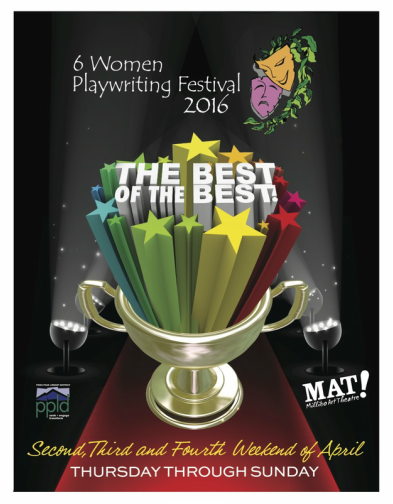 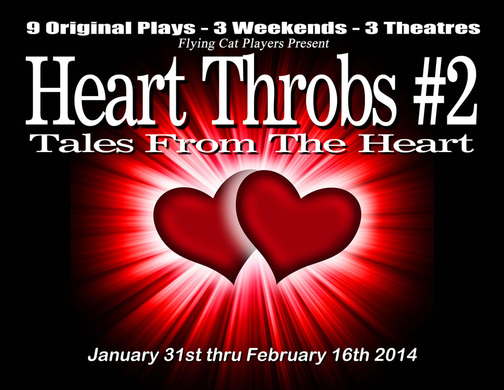 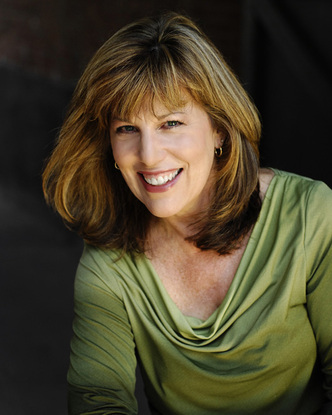 OUT FROM UNDER WITH MARY, "Shorts in a Bundle" at Fells Point Corner Theatre, Baltimore, MD, October 18th through November 3, 2013.  Richard Barber directed.

OUT FROM UNDER WITH MARY, Midsummer Nights One Act Festival, Secret Theatre, NYC, August 23rd through the 26th, 2012,  OUT FROM UNDER... advances to the Midsummer Nights competition finals, extending its run through September 1st, 2012. Congratulations to Director Odalis Hernandez and Actors Knilo Solei and Marchelle Thurman!
PEOPLE LIKE US is part of 50 Fest, a weekend of events celebrating the 50th Anniversary of Centerstage, the State Theatre of Maryland.  Fells Point Corner Theatre reprises their April production with actors Kate Shoemaker and Sophie Hinderberger on September 29, 2012, at 6:15 PM on the Street Festival Stage in Baltimore. 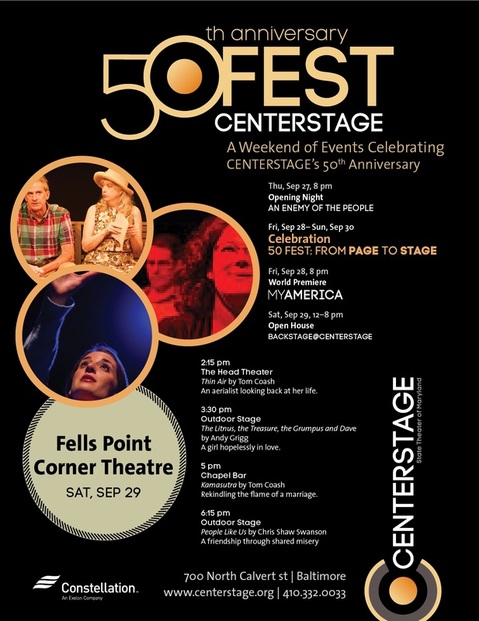 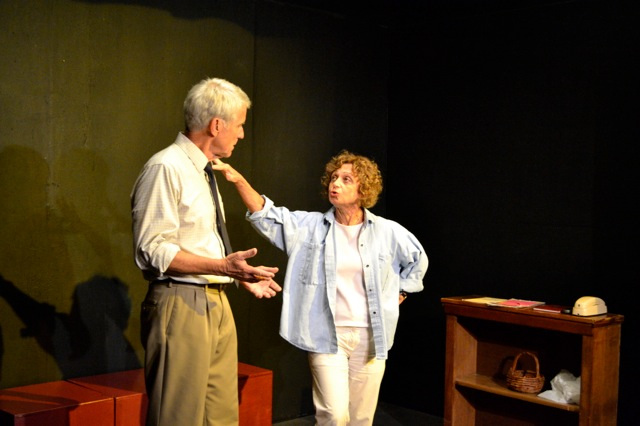 DROP 'TIL YOU SHOP at North Park Playwright Festival. L to R: Lee Howeth, Carm Greco. Terry Ghianni, Director.
Chris discusses "Playwriting--from Concept to Production" on Thursday, October 11, 5:30 PM at the Ebeid Center on the campus of Lourdes University in Sylvania, Ohio.  She is the guest of the Lourdes Drama Society.