The marriage of Buddy and M. Lou is put to the test as the couple awaits rescue on the top of their mobile home during a flood.

"Perched in lawn chairs under a couple of umbrellas, the pair talk in backwoods twang about what got them there, and their frequently hilarious exchange  somehow transcends pure stereotype."--Omaha World-Herald

Despite their interfering parents, Terri and Joe endeavor to forge an honest connection while waiting for their flight to depart.

John’s plan to “get lucky” with his wife on their anniversary is sidetracked by a less than energetic family pet.

"The  best show of the whole evening, though, is Chris Shaw Swanson's 'Getting Lucky.'...The attempted cover-up is hilarious, but behind the jokes is a knowing look at the challenges of being both parents and lovers in a marriage."--Baltimore City Paper 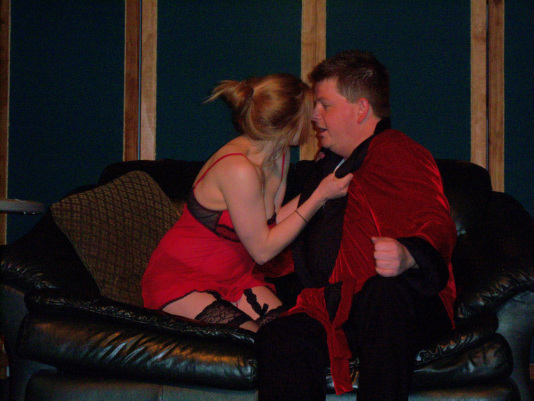 Sue’s guilt-ridden trip to Florida for surgery leads to a mysterious encounter.

Published in The Best Ten-Minute Plays of 2008, 3 or More Actors (Smith & Kraus) 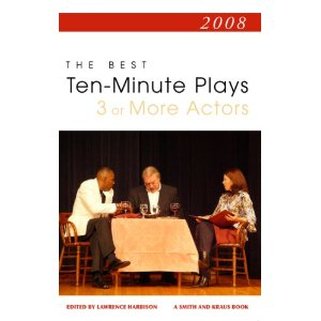 Artwork created by an eight-year-old boy provokes a heated confrontation between his parents.

"A good example of meaty and funny..."--Triangle Arts and Entertainment, NC 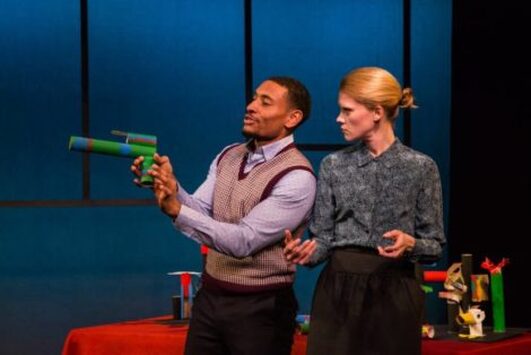 A woman on death row struggles to compose her final words.

"…one  of the (festival) highlights, blending as it does gallows humour with astute observations about human selfishness and
mortality…Great script from Chris Shaw Swanson.”--AussieTheatre.com

On a sizzling summer afternoon in the 1960s, friends Becky and Clare attempt to “boy proof” a large box they dragged home from the neighborhood furniture store, leading to a painful revelation which impacts them both.

In an effort to safeguard and mainstream their offspring, the Gray family parents bring their children to a meeting with a covert organization capable of reprogramming young minds.

OUT FROM UNDER WITH MARY
Drama, 2F

At an inner city methadone clinic for a drug test, suburban housewife Diane discovers that there’s more to homeless multisyllabic-speaking Mary than meets the ear…and eye.

"…the most incredible piece of theater to be seen at the Vortex in ages.”--Daily Lobo, NM

Designated one of the best six plays in the 10-year history of the Six Women Playwriting Festival, CO
PEOPLE LIKE US
Comedy/Drama, 2F

Julie pursues friendship with her coworker Marion, convinced their boring jobs and prosthetic body parts make them an ideal match.

Melissa  is surprised to learn that her recently widowed father is not living alone.

A devoted mother attempts to shield her young son from hurt. 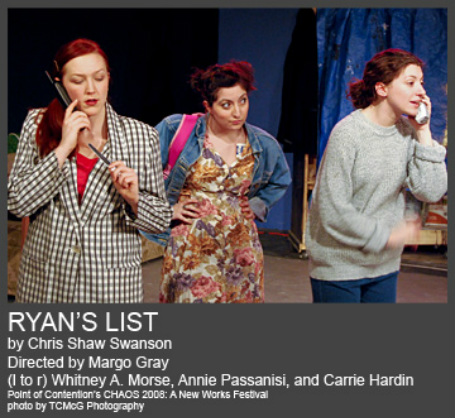 A teen's Language Arts project lands him in hot water.

A young couple discovers that reconciliation can be tricky—especially when a prenup is involved.

A lively friendship between two high school girls takes a heartbreaking turn, leaving a lasting impression on one of its participants.